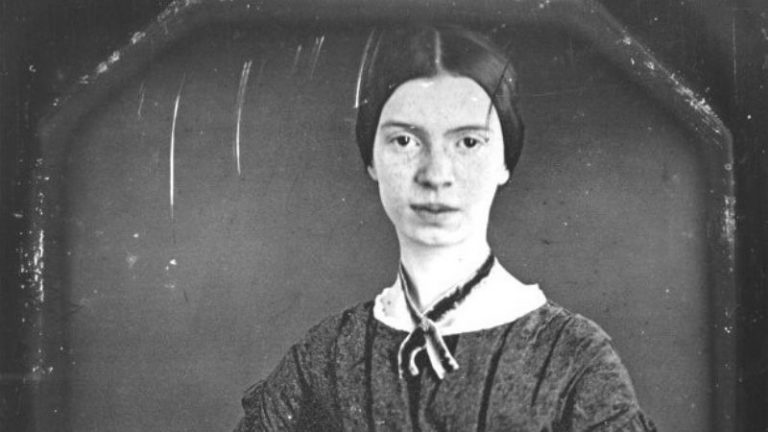 The Mysterious Life of Emily Dickinson

While she remains one of the most famous American poets to this day, Emily Dickinson didn’t exactly live the “celebrity lifestyle.” 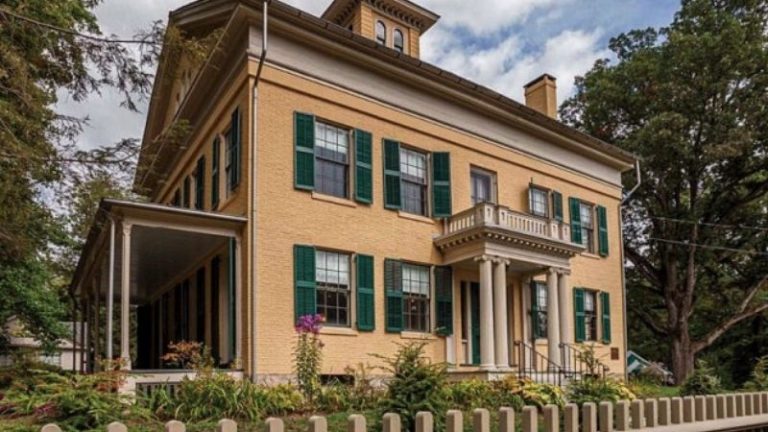 A homebody at heart

Emily Dickinson was born in Amherst, Massachusetts on December 10th, 1830, where she lived until her death in 1886. And while Dickinson was known for her secluded lifestyle, she did maintain a close relationship with both her brother Austin, who lived next door, and sister Lavinia, who also lived with Emily in the Dickinson family home.

Historians have proposed several theories behind Dickinson’s reclusive nature, including potential health issues, a desire to focus on her poetry, or a need to provide care for other members of the family. But Dickinson never confirmed any of these theories in her writing, so whatever the reasoning behind her isolation, it remains a mystery.

Emily Dickinson is widely regarded as one of the most influential American poets of the 19th-century. So it might come as a surprise that only 10 of her nearly 1,800 poems are known to have been published in her lifetime. And at the time, none of these poems were attributed to her by name. The first volume of Dickinson’s poetry wasn’t published until 1890, four years after her death.

Dickinson’s work stands out from other poets of the time for several reasons. First, she regularly ignored the rules of versification and even grammar, taking a rebellious approach to poetry which was practically unheard of for the time. While her poems lacked the high polish of her contemporaries, they were marked with boldness and originality, covering topics from the wonders of nature to the identity of the self.

While Dickinson never married, some of her well-known work involves the identity of a mysterious lover. From 1858 to 1862, she wrote a series of three letters, now known as the “Master Letters.” In these letters, she addresses “Master,” an unnamed person with whom she was passionately in love.

Some have theorized that “Master” is George Henry Gould, the recipient of a prose Valentine from Dickinson in 1850, while others believe the unnamed recipient was a woman, perhaps even her sister-in-law, Susan Gilbert Dickinson.

The letters themselves provide a prime example of the raw, emotional genius with which Dickinson wrote, and the mystery surrounding them encapsulates the many secrets she left behind.

I felt my life with both my hands
To see if it was there –
I held my spirit to the Glass,
To prove it possibler –

I turned my Being round and round
And paused at every pound
To ask the Owner’s name –
For doubt, that I should know the sound –

I judged my features – jarred my hair –
I pushed my dimples by, and waited –
If they – twinkled back –
Conviction might, of me –

I told myself, “Take Courage, Friend –
That – was a former time –
But we might learn to like the Heaven,
As well as our Old Home”!

I still remember attending my first Trivia night back in 2013. A group of my coworkers were discussing some options for happy hour venues and when we saw that a spot down the street was hosting a Trivia Night, we decided to go for it. I was instantly hooked. When the opportunity arose to join the Last Call team, I was ecstatic. Working with a talented and creative team to spread my love of trivia across the country-what could be better! I currently manage sales and outreach in our west coast areas. Outside of work, I love to travel and am also an avid equestrian and Disney movie lover.
All Posts >>